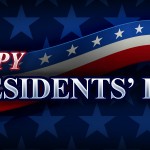 Like most countries, politics is part of American culture. I would recommend reading up a little on American history if possible.

We’ve had 44 presidents so far, and so far they’ve all been men. That’s not to say that a woman can’t be President. It just hasn’t happened yet, but we’re getting there!

The president is elected every 4 years and can serve two terms – so a person can serve a total of 8 years (By tradition and then by an amendment to the Constitution.  Only one of our past Presidents, Franklin D. Roosevelt, served up to 4 terms.

Most people think that Presidents’ Day is in honor of all our presidents. In reality, it’s mainly focused on two: George Washington and Abraham Lincoln. George Washington was the first President of the United States, and he’s known as a Revolutionary War hero who helped the country gain independence from Great Britain. The Revolutionary War was an uprising of colonists who had developed their own culture, separate from England. When they were being taxed without representation, they decided to revolt. George Washington was one of those men. He was a general and many places, people, and even a state were named after him. I’d say he’s even one of the most recognizable Presidents in our history. (In fact, we see his face all the time – he’s on our dollar bill!) If there’s one person you should remember in American history, he’s definitely a good choice. When you come here, you’ll start knowing his face soon enough. He’s everywhere!

Another good President to know is Abraham Lincoln. He was the 16th President (the first Republican) and was leader during another turning point in American history – the Civil War. Years after the United States became independent, the North and South started developing their own cultures. The North became industrialized, and the South relied on slavery. The North wanted to abolish the practice, and the South felt that the Northern interference was an insult to state rights. They wanted to keep slaves so badly they broke apart and tried to make their own country. It tore the United States in two. It was Abraham Lincoln who sewed it back together, and the Civil War ended with a Northern victory and the states that had tried to succeed were once again part of the United States. Lincoln’s not on the dollar bill like Washington- he’s on the 5 dollar bill!

So that brings us to Presidents’ Day. It’s actually celebrated, mainly, in honor of Washington’s birthday, which was February 22nd. Lincoln, incidentally, was born on February 12. In 1968, Congress (one of the other branches of our government) decided to put these two dates together and have a day of celebration for both these men. The holiday falls the  3rd Monday in February. This year, it’s on Monday, February 17.

Much like Memorial Day (another patriotic holiday), Presidents’ Day is a national holiday that is based on the history specific only to the States. Lots of stores reduce their prices during  Presidents’ Day weekend. Public schools and offices close, there are parades, and some people celebrate by throwing parties, spending time with friends and family, or just taking a day off to relax.

Of course, there’s so much more to the history of what these men did than what I could write. That’s just the big picture – if you’re interested in learning more, you’ll have tons of museums to go to once you get here, and IntroAmerica will be behind you every step of the way if you need help!