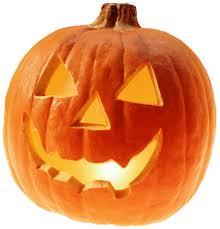 Halloween is defined as “the night of October 31, the eve of All Saints’ Day, commonly celebrated by children who dress in costumes and solicit candy or other treats. The day is often celebrated with costume parties, parades, and trick-or-treating. Trick-or-treating is going from door-to- door or house to house in order to ask for treats. One rings the doorbell and when the person opens the door, one calls out “Trick or Treat!”

The tradition of traveling from door to door receiving food finds its roots in Great Britain and Ireland in the form of “souling”, where children and poor people would sing and say prayers for the dead in return for cakes.

To show that a house in the neighborhood wants to participate in giving candy, the owners often decorate it with artificial spider webs, plastic skeletons, carved pumpkins, and other scary materials. Children as well as adults dress up in costumes ranging from famous singers and actors to animals, superheroes, fictional characters, fruits, and anything imaginable. Costumes can also be hand made.

Halloween can also be celebrated by: playing pranks, telling scary stories, visiting haunted houses, and watching horror movies. Some great classic horror movies are: The Exorcist, Psycho, Jaws, Night Of The Living Dead, Bride Of Frankenstein and The Shining.

New York City hosts the largest US parade in the Greenwich Village section of Manhattan. Stretching more than a mile, this event draws two million spectators, fifty thousand costumed participants, dancers, artists, circus performers, dozens of floats bearing live bands and other musical and performing acts, and a world-wide television audience of one hundred million according to Wickipedia.

What costume would you like to wear for Halloween?
This Halloween I plan to dress up as superwoman, attend my friend’s Halloween party and of course eat a lot of candy!