What Life at Georgia Institute of Technology Looks Like 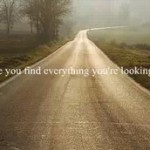 “It takes steps to measure the distance between reality and dream,” I’ve always remembered this line from my high school Chinese teacher. I didn’t quite get it the first time, though. It is after becoming a quantitative and computational finance (QCF) student at GA Tech that I started to understand what these words stand for.

The thought of writing about my experience of studying in the states has been around for a while. All I need to complete such a write-up is a lazy afternoon, when I’m embraced by sunshine, spending every minute in my bedroom, alone. Or maybe a quiet night will do, too. But the fact is, I just started writing this article, and it’s been 62 days since I became a master’s candidate at GA Tech.

It’s almost impossible to forget the first time when I met with my future classmates at GA Tech. It was 10am on the last day of our orientation. Everybody was dressed up, gathering in small groups and talking to each other. From time to time, people would glance their surrounding very quickly and return back to the conversation. I, wearing a white shirt with no tie and a backpack that just added to my immaturity, felt that I was totally at the wrong place at the wrong time.

Spotting me in the crowd, a few Chinese students approached, shook my hands and got me introduced to other people. Aggressive, experienced and friendly—that was what I thought of them. Everything went so natural that it was as if we were familiar battlefield friends who haven’t seen each other for a long time.

I learnt, as I talked to them, that many of them are from Peking University, Tsinghua, Fudan or Shanghai Jiaotong University. Some of them had gotten their master’s or PhDs already, and some had been living in America for years. They spoke such perfect language that starting a debate in Standard English seemed just a piece of cake for every one of them.

“You see that guy over there?” asked George as he pointed to an American guy looking like in his 30s. His golden hair was shiny, eyes sharp and smiles sly.

“Warton MBA graduate. Worked in Wall Street for five years. Now he’s here to study QCF and he’s having wife and children with him at Atlanta,” said George.

I felt thrilled, stressed, and my imagination started growing on how the following years would be studying and competing with those high-profile people.

After brief introductions, the orientation kicked off. In the following ten hours, we talked to our program director, who spoke with a thick Indian accent and got a great sense of humor, a corporation manager in charge of student career development, and staff and alumni from our program. People at the event were very eager to share their own experience, no matter success or failure. When the event ended at 8pm, I was exhausted and I couldn’t say anything.

Collecting business cards from those successful alumni, I couldn’t stop thinking over the years ahead of me, the strict academic rules our professor just announced, valuable experiences shared by these alumni. For a second, I felt I was like someone who has horsed around for years, getting used to the rules of the game, and no longer possessing the dreams with which I started everything. I felt that there would be one day, when I had nothing to lose and to fail because I never owned any of these. That moment reminded me of the self when I was at my undergrad years—I was like a jade floating in a warm and smooth river, and I didn’t know how cruel the reality was until I jumped out of the river and had the dry air burn my entire body, destroying all the sadness and happiness inside me.

That day, the orientation day, absolutely refreshed me in that sense.

School started after the orientation weekend. I was overwhelmed by everything I had to tackle. Programming, finance, mathematics, MBA courses and two-hour-long English speaking classes occupied every minute of my life. A seven-hour sleep per day became a luxury. Out of class, people spent days and nights on “trading floor” or QCF classrooms, studying, discussing, or sometimes, making fun of professors’ accents. Normally, second-grades are very willing to answer our questions on academics, internships or life.

Entering September, there were more and more career fairs and info sessions, and I was gradually getting used to wearing a suit, attending those events with my backpack. Every day, life was full of challenges: I would got extremely excited because of 500 lines of code I just wrote, or I would start talking about my fast learning experience with friends. But life was colorless on the other side, too: getting up early, going for classes, cafeterias, trading floor, catching the latest shuttle bus to get back home.

Headquarter of Coca-Cola is just by the side of our campus. People who’ve been there said it was a completely new world. CNN is also not far away, which recently boasted about its aquarium. But those are none of my business at all. It seemed my only recreation is finding a good restaurant, enjoying food while talking big about the world with friends. And that was a luxury, too.

“You think you’ve been exhausted already?” asked Nicky, a PhD student of our program director. “Still too early guys. You’ll wait till November to learn big lessons.” He said as he revealed a mixed-feeling smile. That night, Nicky didn’t leave “trading floor” until 3am. He was studying, and studying very hard.

It is true that I am not the only one who keeps a busy life. Working hard is a life theme for every one of the forty students from China, India, the U.S. or other places. Everybody is talking fun about our life, but we are feeling extremely happy at the same time. We are happy about leading such a rich and colorful life, and I’m happy about being a confident individual.

Last week, I had a brief talk with my academic advisor. I said that I felt lucky to have made so many wise decisions—I went to the best high school in China, received top-notch higher education there. But being one of the students in the QCF is the best decision I’ve made among all. She gave me a big smile and responded, “I’m really glad to hear that. We’ll always be here, and support you to realize your dreams.”

It takes steps to measure the distance between reality and dream. That is just so true.

Vincent, author of this article currently studies at Georgia Institute of Technology. He is also a former intern with IntroAmerica.