Mitchell Dong Tells You the Difference Between Failure and Success 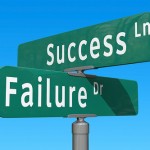 Wearing bright red pants and white shirt, silver-haired Mitchell Dong might be mistaken as a stylish designer at first sight. However, as he began to speak, the confidence only found in an experienced entrepreneur came into awareness. He delivered his engaging speech and presented valuable tips on starting a business just like a celebrity chef effortlessly turned flesh into an exquisite dish.

Being an entrepreneur for over 50 years, Dong has managed more than a dozen companies, including MITEX, Inc. (a company developing hydroelectric power facilities), FulCircle Ballast Recyclers, and Solios Asset Management (a company that runs hedge funds trading physical uranium, electric power and mutual fund). One of Dong’s current businesses deals with bitcoin, a virtual currency that has the potential to be developed into a form of payment globally. He has also set his foot in real estate in China.

Not all these companies were successful, though. And he was very frank about that.

“I’m not going through the success because success is boring. You don’t learn anything from your success,” said Dong at the NYC Chinese Entrepreneurs Organization’s meeting in August.

Dong told young entrepreneurs that it is vital to find trustworthy partners, always look out for new opportunities, and keep up with technology advancement.

Luck is also important, he noted.

“It sounds depressing but I really do believe what distinguishes success and failure is luck,” Dong said, as he went on elaborating his definition of luck by introducing three categories of factors people can leverage.

While factors outside control determines whether a person is lucky or not in the first place, it is also important to take advantage of factors that people have control over, he said.

“It was unlucky for the country, but it turned out to be good luck to me,” he concluded.

On a personal level, luck brought Dong “really good parents,” superior education at Harvard and “the most beautiful woman in the world.” Professionally speaking, however, it was the combination of luck and hard work that really paid off.

Dong started his entrepreneurship when he was still a child. During the 1960s, he sold frog, toads and fossils, and he performed magic tricks for one dollar at children’s birthday parties. “I learnt to be a public speaker, and I learnt how to sell stuff,” he said of these experiences.

Later in the 1970s, Dong co-founded Energy Investment with a Radcliffe student. While making little money, he managed to made lots of cold calls and grasped skills in cold calling to real estate developers, which laid foundation for his future endeavors in doing real estate business.

In his spare time, Dong enjoys playing soccer, water polo, hiking and tennis. He is a firm believer in “work hard and play harder.”

“In sports and in business, you learn resilience and bouncing back. You learn that no matter how down you are, you would get over it. If you get luck, you win,” he said.