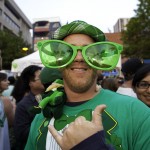 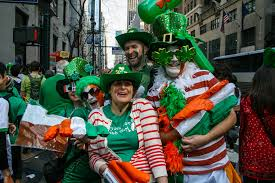 Saint (St) Patrick’s Day is the day when everyone’s Irish. It is coming up this month on March 17, the anniversary date of his death. St Patrick’s Day is a day of celebration by the Irish to honor one of the most popular patron saints of Ireland.

So who is Saint Patrick and why do the Irish celebrate this day? To most people’s surprise, Saint Patrick was not Irish; rather, he came from a wealthy Christian Roman family living in Britain. When he was sixteen, his family was attacked by a group of Irish raiders and he was taken as a slave to Ireland to herd and tend sheep. He ended up being in captivity for six years. During this six-year period, alone and afraid, he increasingly turned to God in prayer. Then one day in a dream, Patrick dreamed of God telling him to leave Ireland. As a result, he escaped to Britain. He then experienced another dream—an angel telling him to return to Ireland as a missionary. Soon after, Patrick began religious training to become a priest. After being elevated to the rank of Bishop he returned to Ireland. For the rest of his life, Patrick stayed in Ireland preaching, performing miracles and converting all of Ireland to Christianity.

On this day, people wear the color green. The original color for this day was blue; however, over time the color green became increasingly popular for the following reasons: The nickname for Ireland is the “The Emerald Isle”; the green color found in the Irish flag(the Irish flag has the colors green, orange, and white. Green represents the Catholics, orange represents the Protestants, and white represents the peace between the two religious sects); the green color of the Shamrock or 3 leaf clover that St Patrick used to explain the concept of the Holy Trinity.
People eat a variety of traditional Irish dishes on this day. These dishes include corned beef and cabbage, Colcannon (cabbage and mashed potatoes), Irish stew made with lamb, classic Irish soda bread, and Shepard’s pie. They drink green colored beer and Guinness stout.