First Week of Classes at KU 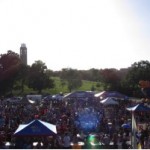 Classes at KU officially started the 25th of August, but my first class was on the 27th. I’m not sure if anybody’s really interested in the courses I’m taking haha, but for the home front I’ll elaborate on it a bit. The first course I’m taking is about gothic traditions in the horror movie. It has to do with book to film adaptation amongst other things. This class has about 30 people in it, which is doable. My second course however, development of American pop culture in the 1960s, takes place in a huge lecture hall. I haven’t had a class like this in years, and it felt very strange. A lot of courses here have both undergraduate and graduate students in them, but in both of these classes I’m the only graduate student. This makes it extra weird haha. My third course, however, is very cool. I’m taking an independent study course for which I’m going to write a journal article that I can send in to an actual academic journal.

Besides classes, I’ve also attended a bunch of university events. I went to Union Fest and Hawk Fest to see which clubs to join and to receive a lot of free stuff and eat free food. I also went to Traditions Night where they told us about the KU traditions (the song, the clap, the mascot etc). Then I attended both the exchange welcome reception and the graduate welcome reception and won a gift card to Au Marché and some cool posters. Last I went to a women’s soccer game and ate more free pizza. This weekend is Labor Day weekend, so after the first week of class we immediately get a day off 🙂 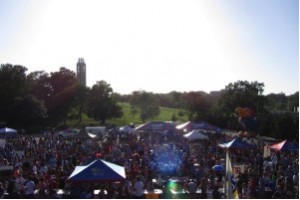