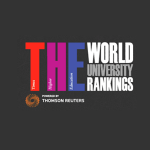 The Times Higher Education magazine recently released its annual World University Rankings. This year, California Institute of Technology (Caltech) tops the list, followed by Harvard University and University of Oxford in the U.K. This is the fourth year in a row that Caltech has been named the world’s best institution.

Two rankings are now available for 2014-2015: the World University Rankings and global university rankings by majors.

Among the top 100 list, 45 are from the U.S., 11 from the U.K., six from the Netherlands and Germany, respectively. The rest are from 13 other countries all over the world, including 11 from Asian countries.

According to the official announcement, “universities are excluded from the rankings if they do not teach undergraduates; if they teach only a single narrow subject; or if their research output amounted to fewer than 1,000 articles between 2008 and 2012 (200 a year).”

For a full list of rankings, please visit http://www.timeshighereducation.co.uk/world-university-rankings.