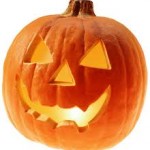 Halloween is a holiday that occurs annually on October 31st. There are many traditions around Halloween some of which include, dressing up in costumes, carving pumpkins, visiting haunted houses, trick or treating and many other festivities. While at my time in college Halloween was always a huge celebration. It was a weekend event to dress up and go out with friends.
I attended Keene State College, the town of Keene is known for the Pumpkin Festival that is held every year also known as Pumpkinfest. This event usually occurs the weekend before Halloween. During Pumpkinfest the town of Keene and the college community carve pumpkins in attempt to break the world record of the most carved pumpkins. The day before Pumpkinfest Keene State holds “Pumpkin Lobotomy” on the campus quad. All of the students come out to carve pumpkins provided by the school and spend the afternoon on the quad with friends. Many organizations set up tables and promote their clubs or raise money for philanthropies.
During the Pumpkinfest celebration there are people dressed up in preparation for Halloween, there is music, dancing, food and shopping. People come from all over New England to attend this event. This year Pumpkinfest is on October 18th. I recommend attending, carving a pumpkin, wearing your costume and enjoying the beautiful New England town.
Around Halloween there are also many costume contests at local bars. I found that the older I got the more elaborate costumes got. Every bar in my college town had a costume party and gave an excuse to wear my costume one more time. Halloween is not just one night while in college but an entire month of events. Before I was of age to go to the bars there were also parties off campus where people were dressed up. Halloween is an excuse for everyone to go out and have a good time.

Update: Pumpkinfest 2014 was crazy bad. The crowd sets fires, throws bottles, and tore down street signs. The police had to don riot gear and set off tear gas to disperse the unruly crowd. www.cnn.com/2014/10/19/us/new-hampshire-pumpkin-festival-riot/