QS Points to MIT as the World’s Best University 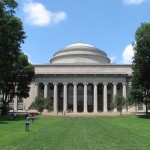 What is the world’s No.1 University? The answer is MIT, according to the newest QS World University Rankings that was released on September 15.

This is the third year in a row that MIT tops the list, since it replaced the University of Cambridge as No.1 in 2012. Six of the 10 top universities are American, and the rest are British.

Entering its 10th year, the QS World University Rankings judge universities by elements including academic reputation, research citations and staff ratios, which in all account for four-fifths of the rankings.

According to BBC News, academic reputation is the biggest single factor in the QS rankings, which comes from surveying over 60,000 academics around the globe about their opinion on the merits of universities other than their own.

Harvard University, the wealthiest university in the world, is ranked the fourth place, leapfrogged by the University of Cambridge and Imperial College London, which were seated No.3 and No.4 last year, respectively.

While the list celebrates the excellence of American and British universities, it also points out key issues facing universities in other countries.

Thirty-one countries are represented in the 2014 QS Top 200, including Germany, the Netherlands, Canada, Japan, Australia, China (mainland) and Hong Kong. According to AsianScientist, the publisher of the rankings pointed to Japan’s poor performance on internationalization indicators, suggesting “the dearth of Japanese universities in the top 50 despite their traditionally strong academic rankings and research output.

China has seven universities among top 200, while India failed to feature on the list.

The QS World University Rankings is one of the most influential university rankings in the world. According to The New York Times, QS also supplied U.S. News with its 400 “World’s Best Universities.”