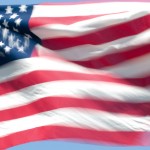 Labor Day is the first Monday in September. This year it is Monday, September 1st. Labor day is meant to celebrate the social and economic advances American workers have made to better our country. The movement to celebrate Labor Day started in 1885. New York was the first state to propose the holiday to their state legislation. Slowly bills were passed and many states joined in. By June of 1894 twenty-three states had adopted the holiday. Congress passed an act making the first Monday of September-Labor Day.

When Labor Day was first created the Central Labor Union and the Knights of Labor promoted it. They organized a parade after the Haymarket massacre in Chicago. Many countries celebrate a similar holiday. Our Labor day is held on the same day as Canada’s “Labour Day”. Over 80 countries worldwide celebrate “Internationals Workers Day” on May 1st.

Today, Labor Day is seen as the last weekend of the summer. Since it is held on a Monday it creates a three-day weekend and a chance to get away one last time before autumn sets in. A saying has come about “No white after Labor Day”. This has become a fashion rule. The color white is more appropriate for the summer months and once Labor Day has passed our white clothing should be put away.

Many think since labor unions have decreased in the United States the original purpose of Labor Day has faded. It has become to mean more about the end of summer rather than the celebration of the work force in America. I believe no matter how you decide to spend your Labor Day it should be a break from work and spent with family.