My Parents’ Opinions on my U.S. College Experience 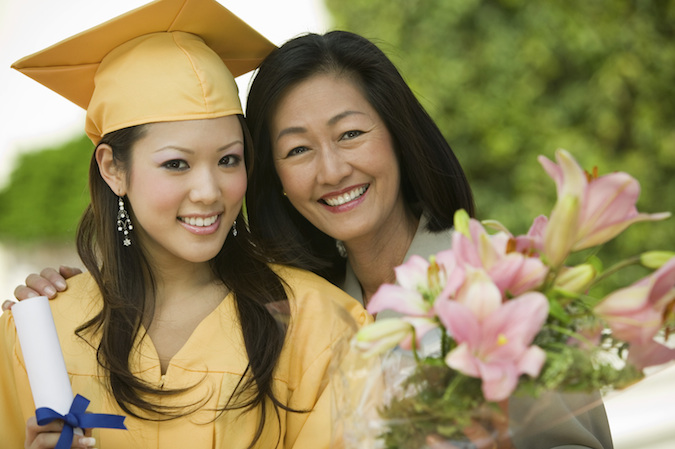 Yes, I just graduated last month (in December). It’s bittersweet. Part of me is really excited to move forward into the next life stage, yet I am already missing being an undergraduate as an international student in the United States.

Looking back at the last couple of years I have spent studying abroad, my parents have taught me how to make educated decisions in life, and they have been supportive to me over the years even though we have always been physically apart.

“Well, I personally think that studying abroad is a very extreme decision,” my mom said. “In general, there are two groups of students who would study abroad. The first group of students is the ones who study well in school, and thus parents would like to send them abroad in order to broaden their horizons. As a result, their standards on picking colleges are relatively higher as well.” She continues, “The second group of students are the ones who probably do not fit studying under the Asian education system. They might find it hard to catch up in school, and thus, their parents are hoping that by sending them abroad, their children would have a more all-around environment for their children to continue their further studies. Consequently, these parents might not necessarily chase after the best ranking colleges in the United States; rather, they would emphasize more on the quality of education the colleges could provide for their children.”

I recalled when I was still in Grade 11 in Hong Kong, one day my dad was sharing his thoughts about my further studies with me. “Due to the differences in the education system in Hong Kong (*), if you were to study abroad after Grade 11, you could save a year’s time of studying before you graduate from University.” My dad is always a person who is good at planning ahead. He continues, “Daughter, I believe you have already learnt enough here, but the world is not just about China, it’s time for you to go out and explore the world. I do not want you to be the frog in the well (it is a Chinese proverb describing people who only have limited vision).”

Both of my parents agree that studying in the United States is definitely a better environment for me in terms of training me to think out of the box and to be more creative. I also realize that studying abroad is where I start being passionate about learning a wide variety of subjects and life skills. Being in school is no longer simply about earning the perfect grade, but to enjoy the process of learning, interacting with classmates, as well as applying what I’ve learnt into real-world situations.

I have a sister who is going to apply for U.S. colleges in two years. From the conversations I have had with my parents regarding my sister’s further studies, I know from their experience on sending me abroad, they have now understood that the process of college application in the family is also a chance to get to know their children better.

“Prepare early, recognize your children’s needs, and do not limit your options.”