How Do Americans See College Rankings? 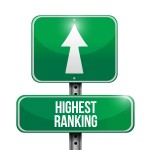 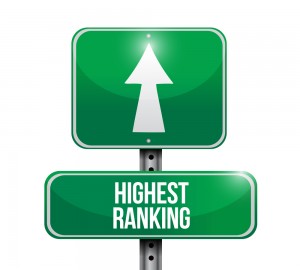 The most popular US college rankings are published annually by US News,
National University Rankings [1]

US News also publishes an international college ranking, which uses a different ranking metric, and it includes the famous Chinese universities,
World’s Best Universities; Top 400 Universities in the World

As expected, the famous schools (Harvard, Yale, Princeton, Stanford) are at the top. In fact, when somebody admits for the first time that she or he graduated from Harvard, we call it “Dropping the ‘H’-bomb”.

But I bet there are a lot of schools in the top 50 that Chinese people have never heard of. These schools are household names in America.

For example, take Emory University (Rank 20). When two of my friends from China were admitted to Emory, I was ecstatic for them! Who in America hasn’t heard of Emory? But then they told me that they were really concerned: they said nobody they asked in China had ever heard of Emory. They weren’t sure whether it was a good school or not.

But what Americans think about these schools is a little more complicated. A useful way to look at American expectations is to look at their pocketbooks. Take a look at this study by Sallie Mae (Sallie Mae lends for student loans) on how American families pay for college How America Pays 2012 [2]

As you can see, a large portion of the tuition costs is shouldered by the student. This stems from the cultural and legal tradition that Americans are adults at 18 and therefore independent by the time many start college. But it is also an economic reality, since American parents tend to have a mortgage on their house, more than one child to put through college and maybe even student loans of their own.

I’m actually surprised by how low the numbers are in the study because almost all of my friends either worked part time or took loans or did both to help pay for school. For example, I worked part-time as a Resident Assistant in the dorms and that covered my room and board (food). Most of my friends also worked at paid summer internships instead of taking extra classes.

When I was applying for college, I remember visiting one of my teachers from middle school and she gave me the best college advice I remember, “Don’t take out a loan for undergrad unless you absolutely have to,” she said. When it was time to choose from the colleges that accepted me, I followed this advice. I could have gone to a private college famous for its engineering program if my family took out loans each year. But I decided to go to my state’s public school, which also gave me a scholarship. Now that I’ve graduated, I’ve witnessed the fruition of my teacher’s advice. I make as much or more than my friends who went to famous schools, not because I’m more talented, but because I work in a high-paying industry. And I’m also not burdened by the need to repay over a hundred thousand dollars.

With these financial restrictions in mind, American families try to look for the best value colleges. Thus a different ranking published by US News can be more useful,
Top Public Schools [3]

But I also remember that when I was applying to college, my high school friends and I didn’t rely very much on any of the rankings. We came to that conclusion after we discussed how the rankings were calculated. Up until a couple years ago, the US News college ranking would not only publish the result of the ranking, but also publish most of the data that it used to create those rankings (I can’t find this data online anymore, unfortunately). We noticed that some of the colleges that were highly recommended by our college friends were very low on the rankings or didn’t appear at all. This made us curious, so we graphed the data. Most of the data seemed to have a slight correlation with the rankings, but there were always outliers. One dataset fit the rankings almost exactly – Spending per Student. For example, Harvard (Rank 1) spends approximately $80,000 on each student over the course of her or his college career, while University of California, San Diego (Rank 38) spends approximately $20,000.[5] Other journalists had also noticed that the colleges were consistently ranked by Spending per Student; online commentators questioned whether the rankings would actually help students or would give them a lopsided perspective on which colleges were most suitable.

In addition to the questions about the ranking methodology, there is also debate about the ranking’s usefulness. Washington Post Education Columnist, Jay Mathews, elaborates on studies that found no correlation between the prestigiousness of a school (including factors such as its rank) and a graduate’s annual salary 15 years later. The data shows that students with similar GPA’s in high school made similar amounts of money; looking at the data, you couldn’t tell who went to an Ivy League and who went to a state school. Mathews contends that there are plenty of people who are smart enough and accomplished enough to go to a famous school, and choosing not to go, for whatever reason, has not been a disadvantage to them.[6]

This complex set of considerations, plus the plethora of choices awaiting high school seniors, could be a reason why the college visit and the first impression that a student receives from the campus is more persuasive than any newspaper ranking.
– – – – –