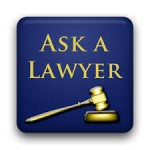 The H-1b visa is one of the most popular visas among young professionals worldwide.  It is a temporary visa awarded to 65, 000 qualified professionals who are sponsored by an employer to work in a specialty occupation for an initial three years, renewable one time for a total of six years.  H-1Bs are also awarded to qualifying individuals providing services to the Department of Defense in the areas of research and development and to certain fashion models of distinguished merit or ability. The H-1B visa is also very popular because it is a dual intent visa. This means that the holder of the H-1B who would like to eventually immigrate to the United States may do so if the visa holder submits an immigrant visa petition or an application to adjust status while living in the United States on an H-1B visa.  Other non-immigrant temporary visas do not offer the holder the opportunity to immigrate.

The H-1B specialty occupations include employment in many of subject major areas chosen by students in U.S. universities.   For instance, occupations that require a major in math, science, chemistry, engineering, architecture, education, medicine or health care degree are typically the types of occupations eligible for the H-1B visa. In evaluating whether an occupation is a specialty occupation in a petition for an H-1B visa,  USCIS looks to see if the position offered  meets one of the following criteria:  1) The position requires a Bachelor’s Degree or its equivalent as the minimum entry requirement; 2) The degree required for the position is common to the industry or the job can only be performed by an individual with the degree; 3) The nature of the employment should also be so specialized that the knowledge required to perform the duties requires a bachelor’s degree or higher in that particular area of study.

In order to be able to perform the job you need to have completed a bachelor’s degree or hold a foreign degree that is the equivalent, hold an unrestricted  state license, or certification which authorizes you to practice the specially occupation in the state of intended employment.  Take the following example

Zhan came from China on an F-1 visa to study Computer Engineering at a university in New York.   He earned a Bachelor of Science in Computer Engineering and has met all of the licensing requirements for engineers in the state of New York. He has an offer to work as a computer engineer for a local start-up that requires a BS degree in Engineering as a requirement of employment.  John’s job offer is a good example of a position where the employer could petition on his behalf.  The job requires a bachelor’s degree.  The work John would be undertake could only be performed by an individual with a degree in computer engineering because of the specialized nature of the knowledge required to perform the job.  As such,  Zhan’s prospective employer could begin the process of petitioning for him.

Once the prevailing wage determination is complete, Zhan’s prospective employer files a Labor Certification Application with the Department of Labor.  In the LCA, the employer attests that it is paying the non-immigrant worker the prevailing wage for John’s position and that the employer is not hiring Zhan to break a strike or negatively affect the situation of other U.S. workers.  Once the application is approved, Zhan’s employer is ready to file the H-1B petition.