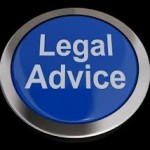 Once the above steps are completed, the employer is ready to file the petition with USCIS on behalf of John.  There are two types of processing the company can utilize, regular and premium.   Normal processing times are two to four months. Premium processing shortens the process to approximately fifteen days.  Zhan’s employer should be prepared to file Petition I-129 on April 1, for employment beginning on October 1st of that same year because the number of H-1B visas is limited.  The start date for Zhan’s employment under normal circumstances will be October 1 because the United States fiscal year begins on October 1st of each year.  Therefore, the H-1B petitions filed on April 1, 2014 are for employment beginning in fiscal year 2015, which begins on October 1, 2014.

The H-1B visa is limited to 65,000 applicants.  This is the standard “CAP.” There is an exemption from the CAP for the first 20,000 applicants who have a master’s degree or higher.   This is referred to as the advanced degree cap.

During the economic slowdown beginning in 2008, CAP was reached slowly each year.  However as the economy has improved, the number of H-1bs filed has increased. In 2013, the standard cap was reached by April 5, 2013. Therefore, it is important to start the process early so that the Prevailing Wage Determination and Labor Condition Application are completed well enough in advance of the April 1st filing date for form I-129.

The recent immigration bill voted upon by the United States Senate increases the CAP to more than 100,000 H-1B visas. The bill remains on hold in the House of Representatives as its leadership determines how it wishes to proceed with immigration reform.     In the meantime, the rules regarding the H-1B visa remain the same.  Please check back occasionally for updates on the status of U.S. immigration reform.